So it’s very important and very useful to have your project or files kept within a Version Control System so that you can revert to any version that you saved before any time or even if you revert, you can go beyond that point and get the latest version of the repository.

So, we will be dealing with Git's different commands, different functionalities of Git and GitHub, which is the most popular hosted git service, which is being used by companies all around the world.

Here is the list of topics that we are going to discuss in this course.

At first, there will be an introductory session, where I will be explaining the concepts of git. How git is working and why need git in the first place.

In the second session, we will be going ahead and installing git in your computer and how you can configure the git-based Bash Shell.

In the third session, we will be initializing a git, we will be dealing with commands like init, add and status.

And in the fourth session, we will learn how to get log of the git, commit the changes to git and then check out a different version of that project using git.

And in the fifth session, we will deal with Branches. How we can manage branches inside a git repository.

And sometimes there will be conflicts. Two different persons editing the same file and the same lines some times and they will try to push the changes to the server. We will deal with the merge conflicts in the next session.

And throughout these sessions, we will be dealing with the commands the git commands which we execute using the git Bash shell. In the ninth session, we will deal with Git GUI, where you don't need to execute the commands by typing it. You can use a Graphical User Interface very easy to do the merging, the push, the pull, and the synchronization with the git server.

So, all together this will be a very valuable course for you to get started with the git-based version control system and working with Git Hub which is the most popular git service provider in the world.

And while joining a company, of course, they will be asking you if you are familiar with working with git environment you can confidently answer them that "yes I am" after doing this course. This will be adding really good value to your profile.

And we will be providing you with a completion certificate by the end of this course. You can keep it within your profile so that you will be adding more value to your profile. So, see you soon in the classroom. Let's get started with the git journey. Thank you!!

Why should we use Version Control and why to choose Git
1 Video Lectures | 08:00 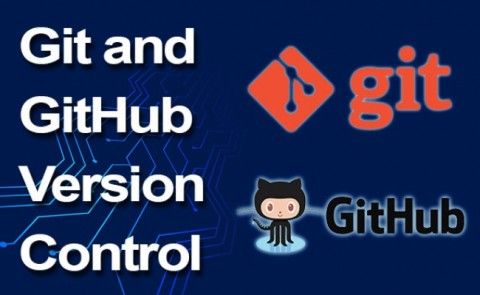